Ensure that your company’s communications are professional and on-topic when you utilize the Report a Message tool from your Command Center interface.

The Report a Message feature allows all team members to flag a message they’ve received that doesn’t seem right for the workplace—inappropriate, offensive or just not work-related—and bring it to a manager’s attention. An Admin can then review the reported message and choose to either delete it from the conversation thread, or let it pass. Admins can even report messages themselves, which can be useful in organizations with multiple Admins. And any type of message—text, voice or video—can be reported.

An Enterprise Admin can enable this feature within Command Center for each, or any, organization. (Or, let each organization’s Admin toggle it on for themselves at the app level.)

Enabling the Report a Message Feature

There are several possible settings configurations, which follow here.

This toggle enables the feature in an organization, without that org’s Admins having to enable it through the app themselves. Those Admins will also not be able to disable the feature themselves. It allows users in the organization to report inappropriate content to their Admin/s.

This toggle sends the reported message to the Command Center Alerts tab for an Enterprise Admin to review (see Note below).

Once the Enterprise Admin has selected the desired threshold—let’s say it’s three people—and three employees report the message as inappropriate, even if the reviewer decides to “Ignore” the message and let it stand, it will be hidden for those three people. All other recipients will still be able to read the message in its original form.

Reported messages will appear in the Alerts tab, where the reviewer will have the option to “Review” or “Ignore” them. 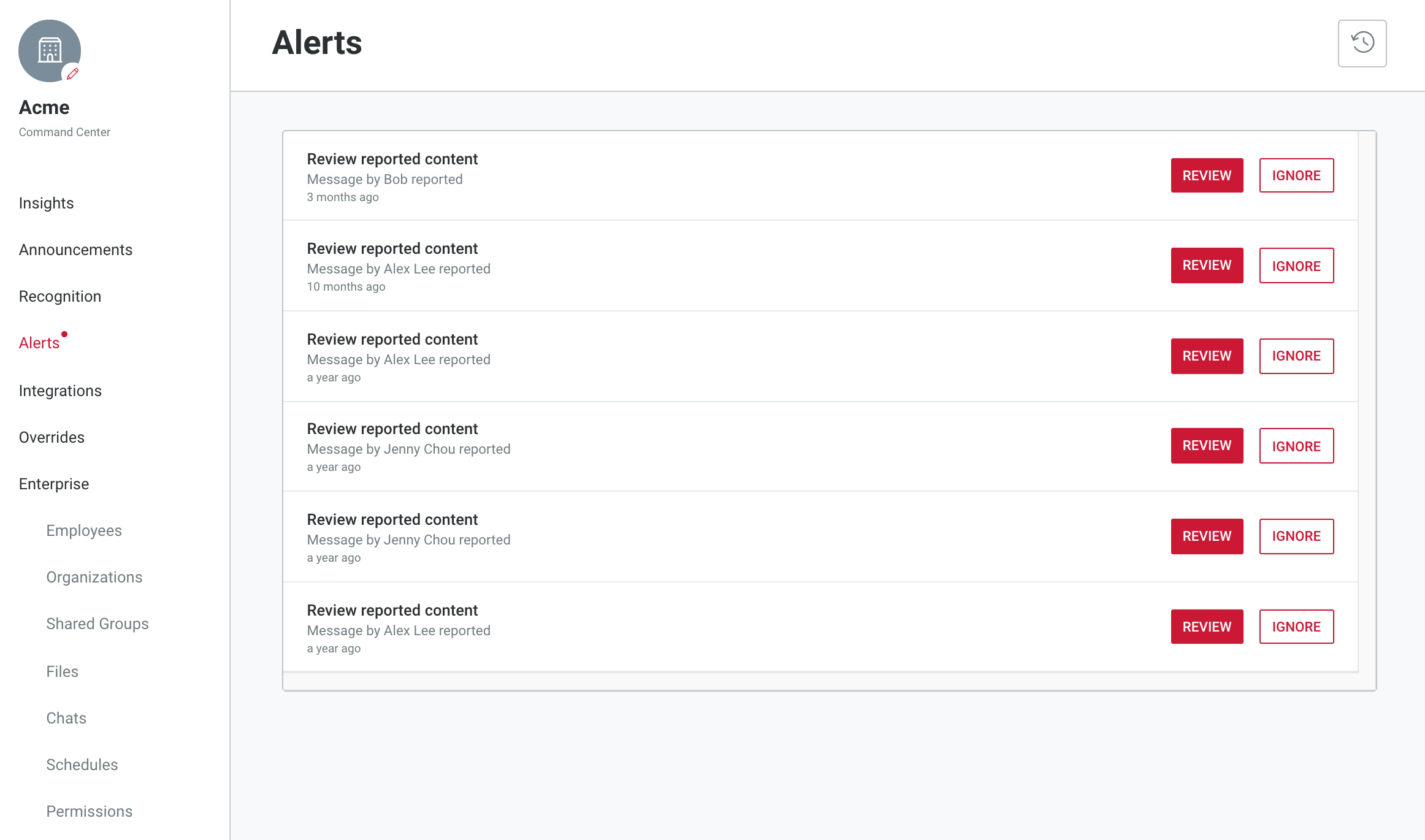 The reader can choose to “Review” or “Ignore” the reported message

If reviewing a message, the reader will then have the option to “Delete” or “Ignore” it.

Note The reviewer will also see the prior 24-hours’ worth of earlier messages in that thread (up to 10 messages) for context.

The reader can choose to “Ignore” or “Delete” the message

Once a message has been either deleted or ignored, it will move to the Alerts History page in the Alerts tab as “Resolved” or "Ignored" - to get to that page, tap the Clock icon in the upper right corner. From there it can be reviewed again, but no further action can be taken on it. 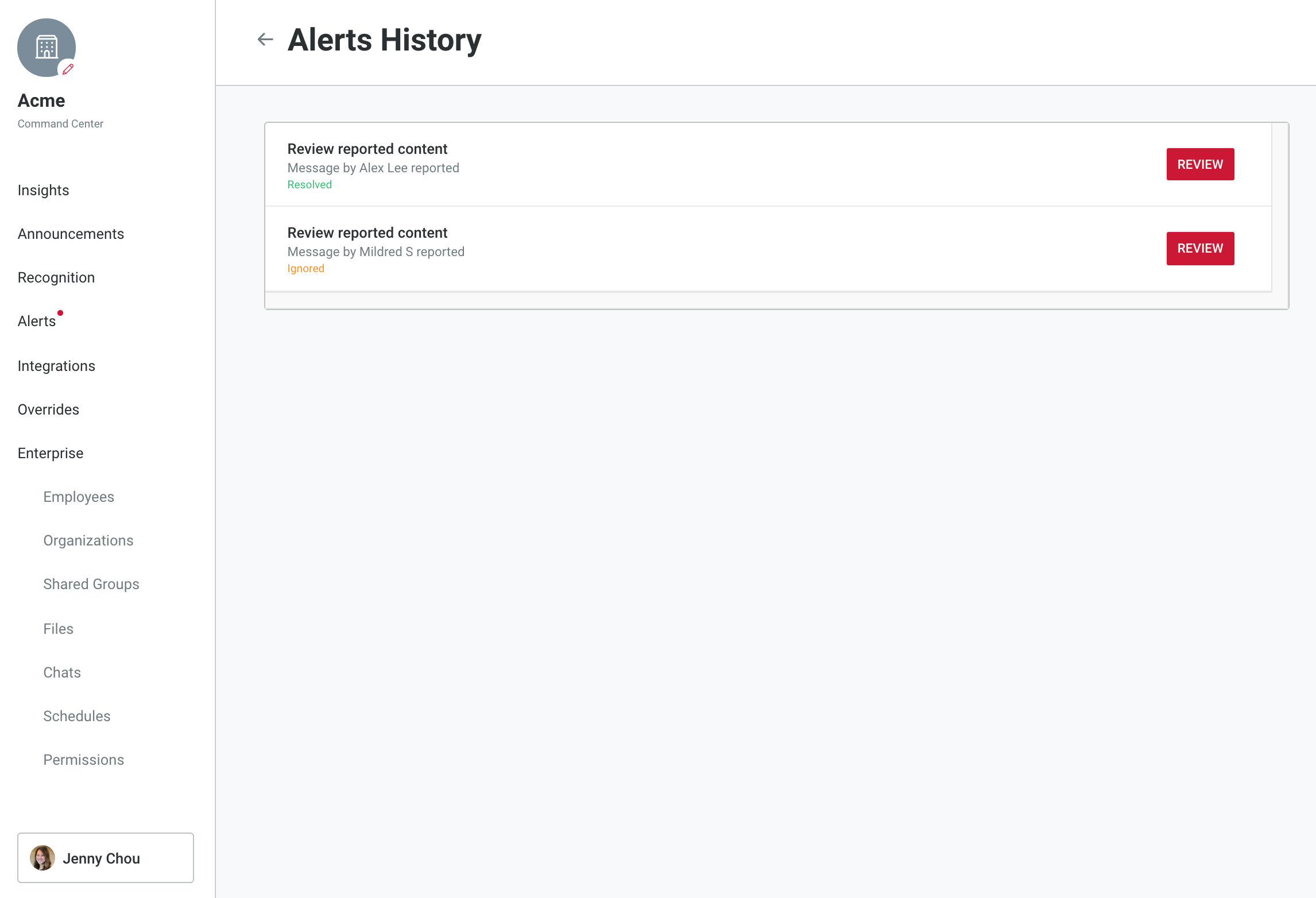 This message was allowed to remain and the issue resolved. In the future, it can be reviewed, but not acted upon.