Which plans can use this feature?     Basic, Pro, Enterprise

Tasks are individual jobs you assign to your team members—”change the menu,” “make sure the security system is turned on,” “turn in your time cards.” They also function as every group’s to-do list, allowing a specific set of people to share, talk about, and follow up on their common duties.

Admins Make sure the Tasks feature had been enabled, either from your Admin screen or via the Add-Ons tray.

The Task line item on the Chats screen shows your total number of uncompleted tasks, regardless of group. 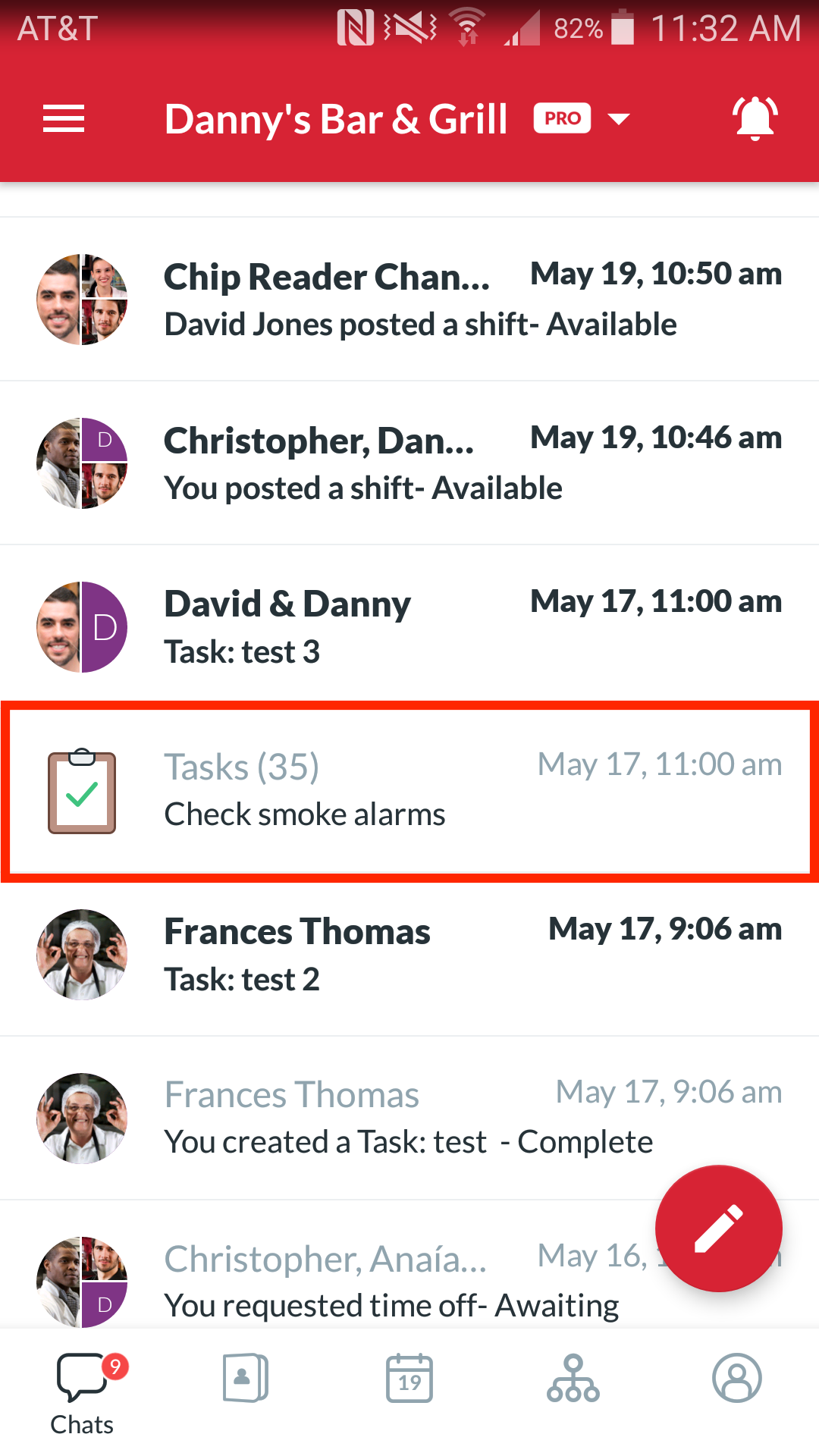 Tap on the Task line item to see a list of all your tasks, as well as the groups or team members who also have that task. You can also check off tasks as completed from here. Tapping on the task itself gets you any details about it, such as whether it repeats. 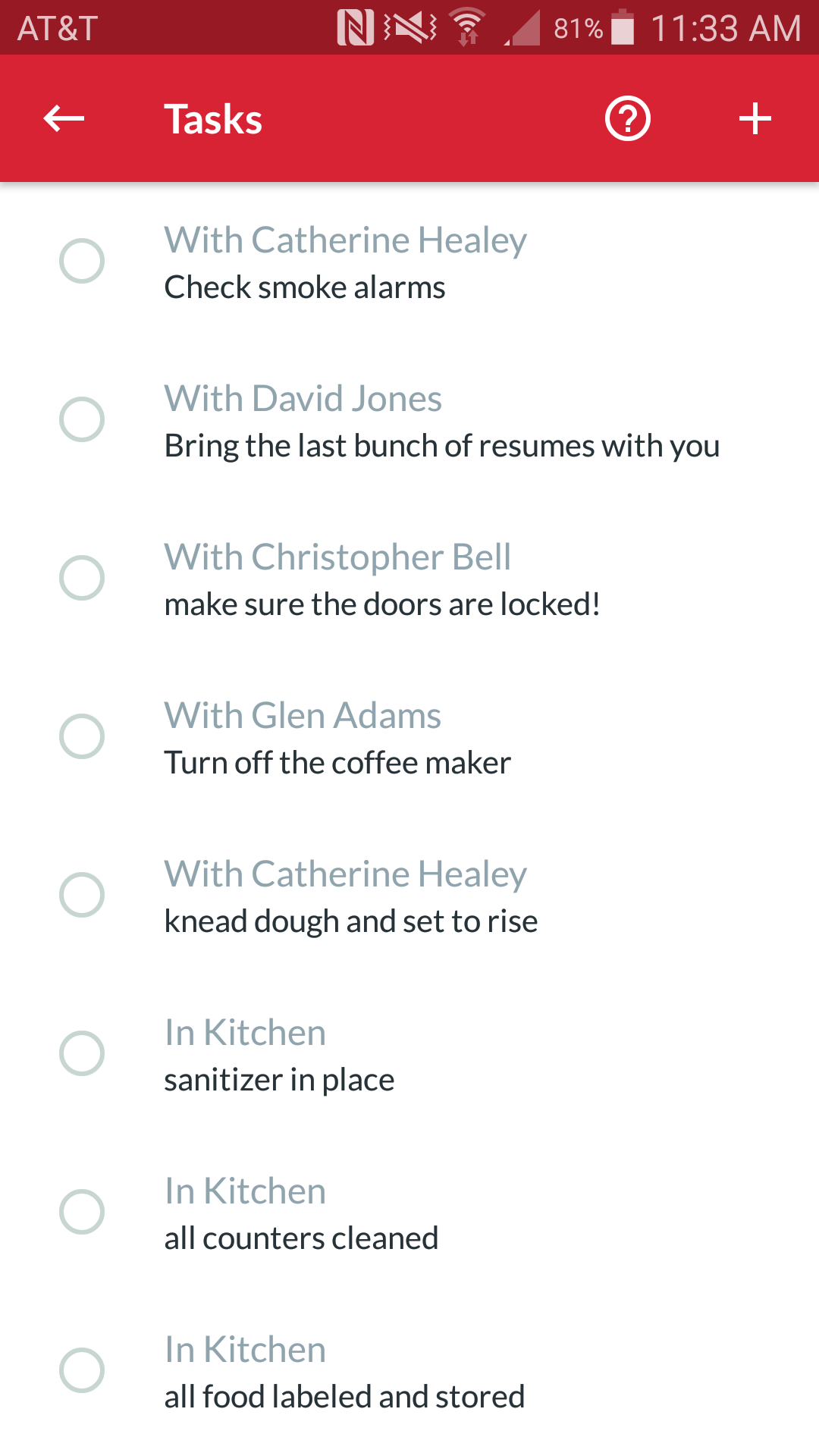 It’s easy to create, customize and monitor tasks with the Crew app.

There are several ways to assign both routine and new tasks—either turning a conversation into a task as you go along, or else using the dedicated Task function. (See How to Create a Task)

Either way, you’ll be able to customize a task’s features and track its completion. 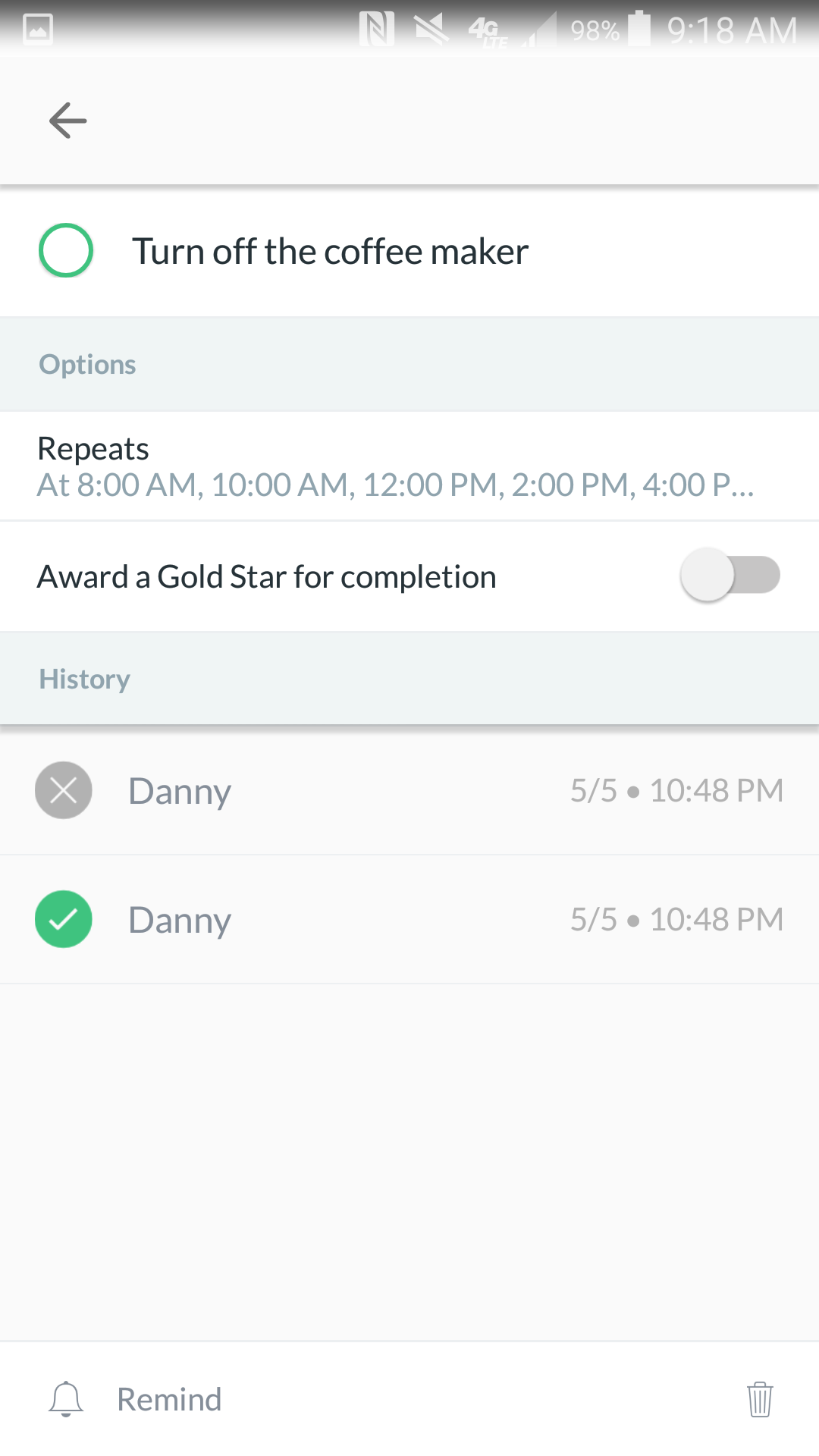 Admins  Subscribers to Crew Pro can enable or disable permission for non-admins to create tasks. And all admins have the ability to uninstall the whole task function, if desired, through the “Manage” tasks button on their Admin screens.

Tip  Set a repeating task that will be assigned only to team members who are actually at work by creating it in a Location Group. For example, the task “check bathrooms every two hours” will only go out to staff who are at your job site at that time.