Which plans can use this feature?     Basic, Pro, Enterprise

The Crew app is a great way to keep your whole team on the same page with Scheduling, Tasks, Meetings, and more. But it only works if everyone has joined the app.

There are several easy ways to add your employees to your Organization on Crew: phone numbers, email invitations, the Private Join page, and bulk adds. And now with QR codes.

Using a QR code expands your options for welcoming members of your team to join your Organization on Crew. Simply scan the QR code and

The first time you use QR code you must toggle the feature on from the Coworkers tab, or you can turn it on (or off) from the Admin tab at any time (you’ll find it under the “Membership” section.) 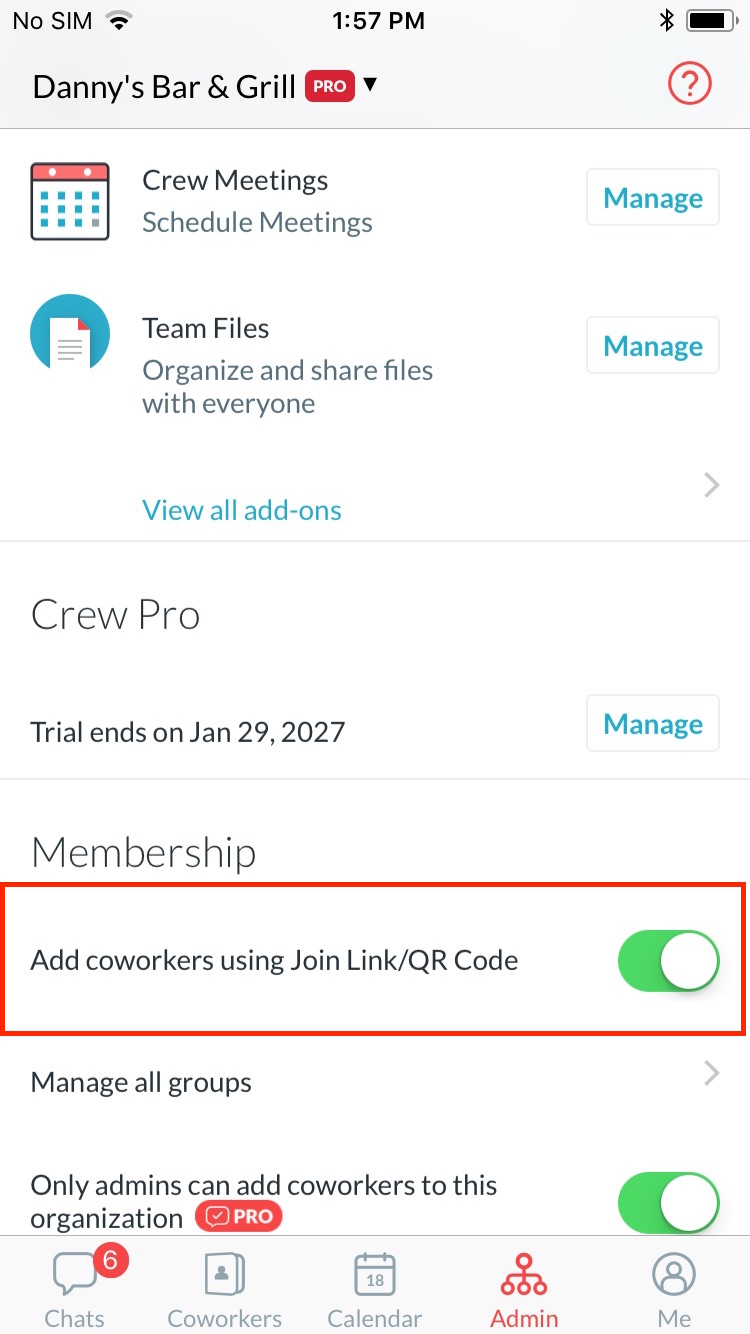 A printed QR code can be hung up in a breakroom or elsewhere in your business, where a new employee can easily take a picture of it with their phone’s camera and get connected to the Crew app in short order. Or Share the QR code as a URL in a text or email without needing the employee to be on the premises. Or Have your team members scan the code directly from the Crew app on your device

Take a photo of the QR code using your device’s camera. It will instantly add you to the corresponding Organization on Crew.

You can also scan a QR code for an Organization from within the Crew app by following these steps: