Which plans can make this feature admin-only?     Pro, Enterprise

There will probably be multiple groups under the umbrella of your Organization. (What’s the difference between an Organization and a Group?) Groups allow employees to easily establish conversations with the coworkers they communicate with the most. Most organizations have a “Managers” group; a restaurant might also have “Front of House,” “Kitchen,” and “Bartenders.” These are the people most likely to message each other most often, and the Groups feature streamlines those communications.

You can also assign tasks to a group, so that the people in it can discuss the assignment, if needed, and accomplish it most effectively. Groups also facilitate efficient shift changes by allowing team members to broadcast their open shifts exclusively to the people most eligible to cover them—the members of their own team. 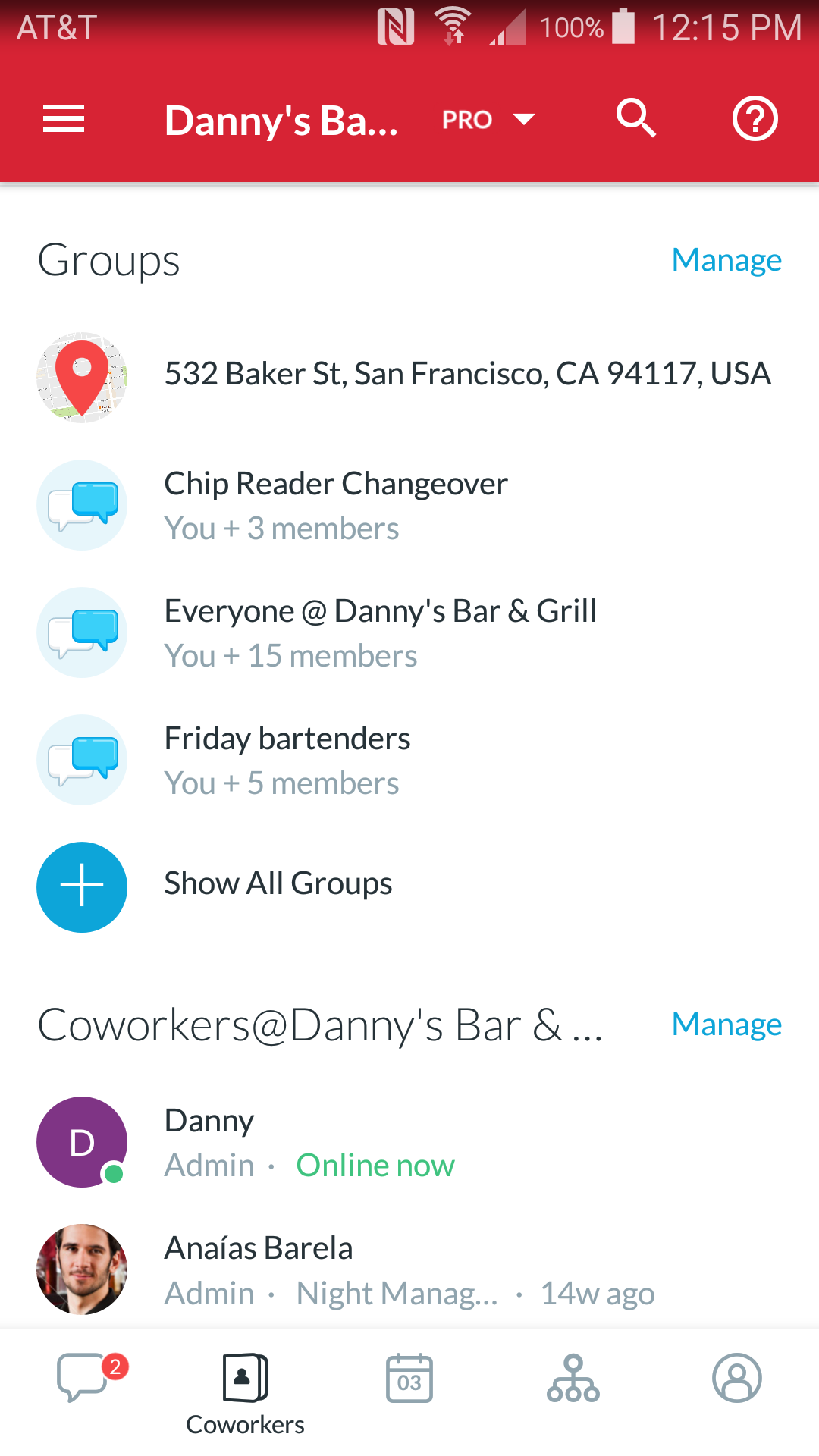 Here is the list of groups on the Coworkers tab

How does a Group work? Only those people invited to the group will be able to access it or read its contents. But every employee in the Organization can see every group the Organization contains, and can send a message to any of them if they want to. For example, if Joe Bartender needs to communicate with the managers of his Organization, he can scroll through his Coworkers screen to find the group called “Managers,” select it, and send his message.

This action will effectively create a new group named “Joe Bartender + Managers.” Going forward, those two parties will be able to communicate back and forth, but Joe will have no access to the contents of the original “Managers” group.

Creating a New Group It’s easy to create the groups your Organization needs. From the Coworkers screen tap the “New Group” button at the bottom of your Groups list.

Conversations Conversations are distinct from groups in that they exist only as long as the message thread continues, and they can’t be accessed by other team members: only the people involved in the conversation will know anything about it.

Admins can manage any group created by anyone in the Organization, as necessary. Simply tap “Manage” at the top right of your Groups list. The list can also be accessed from your Admin screen under “Manage all groups.” You can choose to add people to the group, rename it, or delete it entirely. 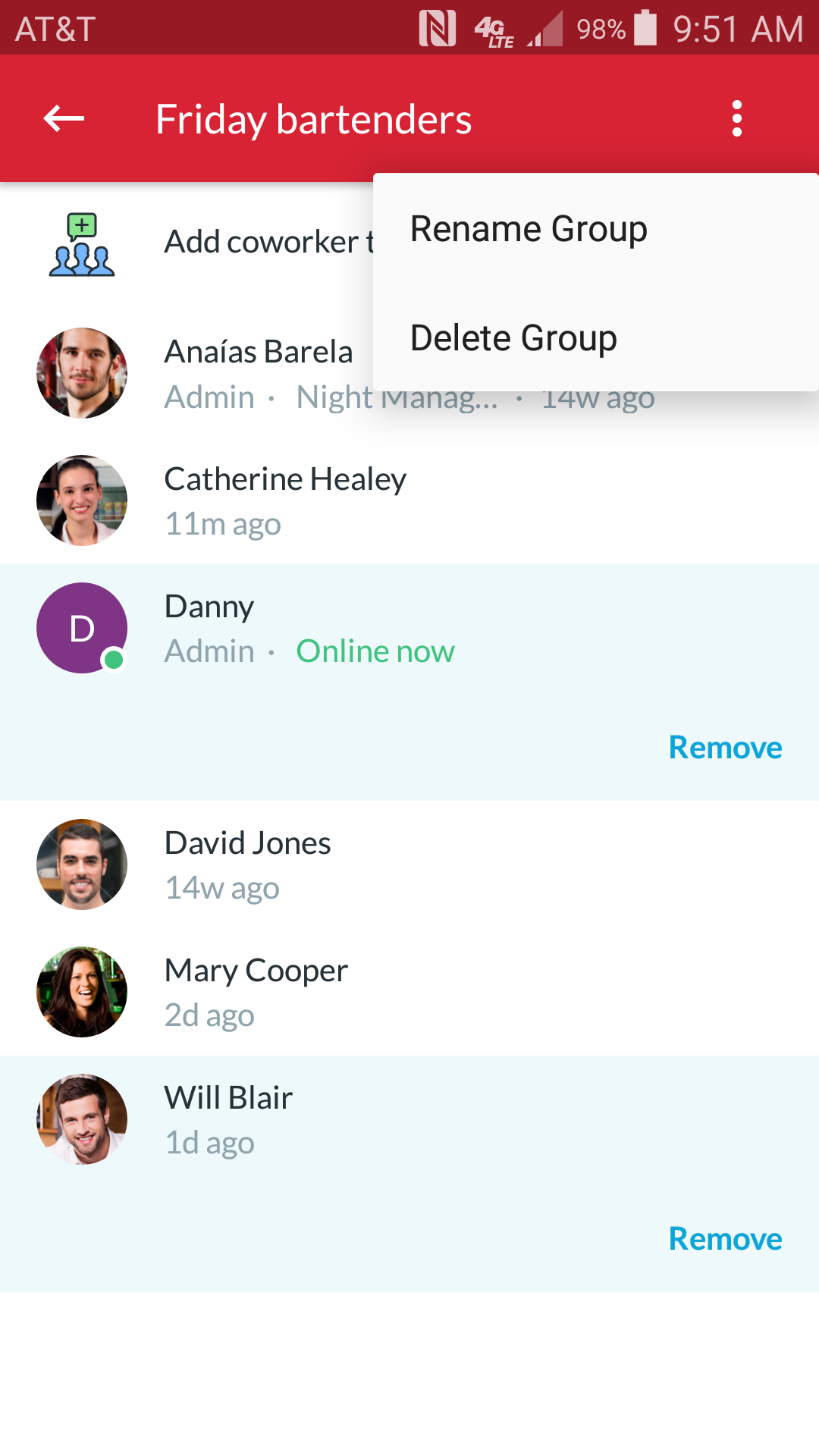 Admins can delete a Group from here

Note Subscribers to Crew Pro can decide to give only admins the ability to create new groups. Toggle the appropriate button under the Crew Pro section of your Admin add-ons.